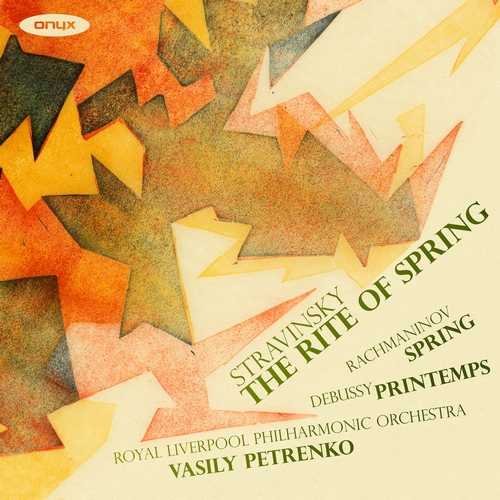 Stravinsky:
The Rite of Spring

Rachmaninov:
Spring Cantata, Op. 20
Three works inspired by Spring – Stravinsky’s iconic and revolutionary 1913 ballet The Rite of Spring depicts Russian pagan tribes celebrating the emergence of Spring with frenzied dances and ritual sacrifice. The music has a rhythmic complexity and violence that caused a riot to break out at its premier in Paris. Rachmaninov’s Spring Cantata tells the story of a husband who has struggled through the harsh Russian winter knowing his wife has been having an affair with a younger man. He swears he will kill them, but on seeing the wonder of spring all around him, relents and forgives them both. Debussy’s early ‘Printemps’ of 1885 was said to have been inspired by Botticelli’s ‘Primavera’. Debussy was staying at the Villa Medici in Rome when he wrote this colourful and joyous work.