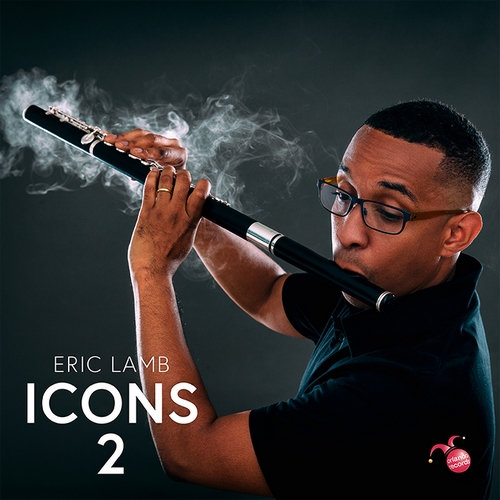 Brian Ferneyhough:
Cassandra’s Dream Song for solo flute
“ICONS 2” is the follow-up collection to Eric Lamb’s 2017 “ICONS” recording (OR0030). Like the first collection, the pieces included here are corner stones of the flute repertoire and are works that accompany him through his performance and teaching career. For this album, he has focused on six composers from various moments in the 20th and 21st centuries whose diverse musical language, artistic vision and fearlessness helped and help shape today’s musical landscape. These six composers are led in by one of the most important names in Western Classical music history: Carl Philipp Emanuel Bach.
Recording: 4tune Studios, Vienna /Austria & Konzerthaus, Vienna /Austria (12 & 13), 21–22 Aug 2020, 30 Aug 2020 (12) & 2 Jul 2019 (13). Eric performs on both a Sankyo Flute made of Grenadilla Wood and an Altus Limited Silver Flute.