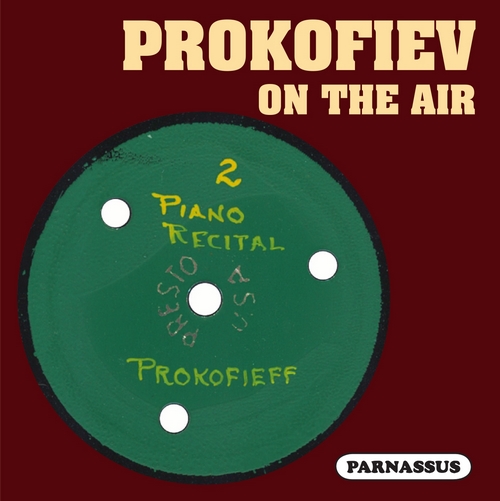 Prokofiev: On the Air (& his Amanuensis)

In 1918, discouraged by conditions of the Russian musical world immediately after the Revolution, Prokofiev obtained permission to leave the country and live abroad. He travelled first to the United States, toured there successfully, and then relocated in Europe. Although he made several brief returns to the Soviet Union for premieres and musical performances, he remained based in Europe until 1936, when he returned permanently to his homeland.

In 1937, during a tour of the United States, Prokofiev played on a radio broadcast in New York. It is this broadcast, miraculously retrieved and restored by Yves St. Laurent, that we are now privileged to hear, in remarkably good sound.
Recording: Columbia Concert Hall, WABC, New York, January 16, 1937