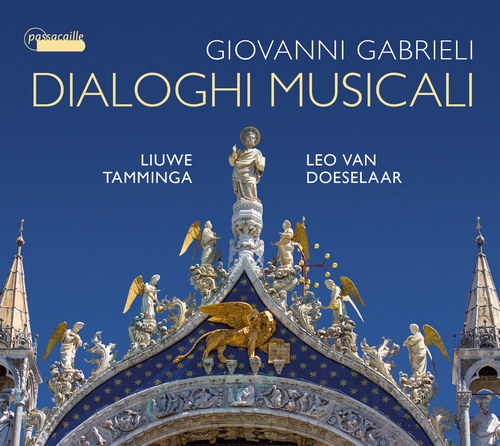 In the present recording, the organists have selected eleven double-choir instrumental pieces (for 8, 10 and 12 parts) taken from the three aforementioned prints (of 1597, 1608, and 1615). This selection of eight-to-twelve-part pieces, performed on two of the most beautiful and suitable organs for this repertoire the two magnificent organs of the San Petronio Basilica in Bologna (unfortunately no comparable organs have survived in Venice) offers an excellent panorama of Giovanni Gabrieli’s double-choir compositions in the older (canzoni and madrigals) and newer (sonate) forms and styles of the two decades between the late 16th and the early 17th century in Venice.
Recording: Basilica of San Petronio, Italy, 09. 1994. Played on the organs of the Basilica of San Petronio in Bologna.