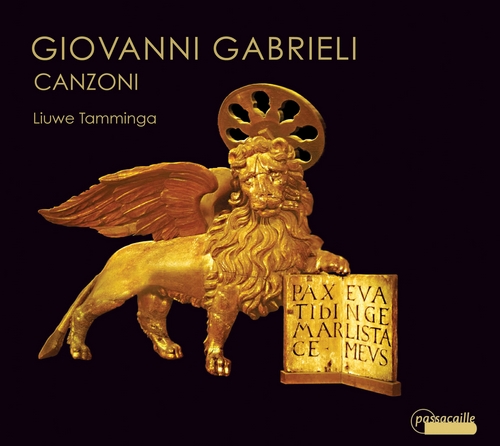 This CD presents an unusual selection of organ pieces and other pieces in which cornetts are used, either in elaborately ornamented higher voices or in dialogue with the organ. In this recording there are all the kinds of organ music, which Giovanni Gabrieli played, so that one can listen to pages, rarely performed up to now, even though they have been known for a long time in a wide variety of printed and manuscript sources.

Giovanni Gabrieli was born around the year 1557, around 1575 Giovanni Gabrieli went for a few years to the court of Duke Albrecht V in Munich, where – like his uncle 15 years earlier – he studied with Orlando di Lasso. At the end of 1584, when Giovanni Gabrieli had already spent some years in Venice, he temporarily took the post of organist at St. Mark’s, vacated by Claudio Merulo, and the following year, winning the competition announced by the Procurator’s office, his position was made permanent (his uncle Andrea was first organist), a post he held, together with one at the Scuola Grande di S. Rocco, until his death on July 12th 1612.
organs of San Petronio in Bologna