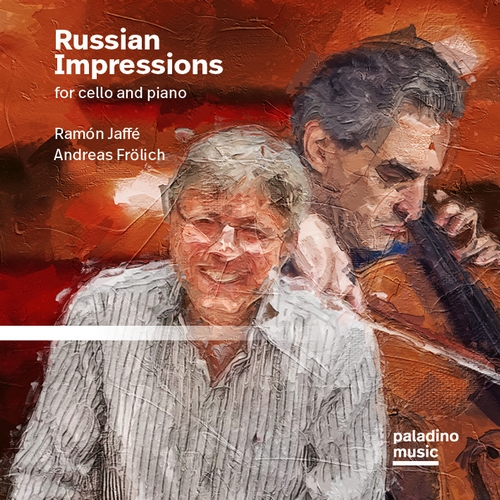 Nikolai Yakovlevich Myaskovsky:
Sonata for cello and piano No. 2 in A Minor, Op. 81
The cellist Ramón Jaffé has enjoyed a reputation as a passionate advocate for rarely performed repertoire for many years. Together with pianist Andreas Frölich, he fulfils and exceeds this and other expectations with this recording: The second sonata by Myaskovsky is combined with Gretchaninov’s seldomly played sonata and with smaller works by Nikoly Rakov and Mily Balakirev. While the French (and other middle European) music of the beginning 20th century has become an increasingly important part of the musical canon, there are many hidden treasures to be discovered among Russian composers. This exciting recording is living proof and will delight cello lovers and general audiences alike.
Recording; SWR Studio, Stuttgart/Germany, 27 – 28 March 2000