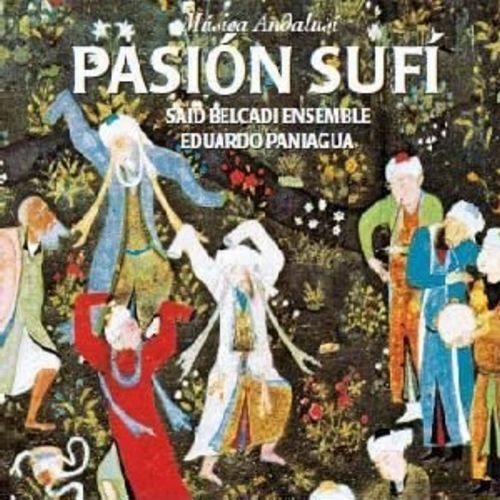 Musica Andalusi:
Pasion Sufi
Andalusi music was, and still is, unique. It is irreplaceable, whether it is being played for pleasure at a party or as an expression of religious sentiment. Music can excite to the point of ecstasy and music from al-Andalus is associated with many things that bring joy to the point of rapture: the instruments played with such virtuosity, the glasses of wine and liqueurs, the delight of the perfumed gardens and friendship in its most effusive form. Sufis sing religious music with true devotion, often with mystically performed erotic words. In Arab music there is a fundamental relationship between sounds and scales, and the cosmic forces. Scales reflect an affinity to the qualities of the body and soul. Influenced by the original Islamic style, the nuba from al-Andalus is recognisable in the scales of one of its essential parts: the free muwwal chant. In the muwwal on this recording, the chant does not adhere to a fixed rhythmic pattern. The rhythm of the songs are marked by the sequence of responses between the chant and the flute to thus contribute to the balance, calm and deliberation of the soul, both of the performer and the listener, in order to express Sufi passion. Said Belcadi’s voice quality and performances have brought him widespread recognition as Andalusi and Sufi music master.