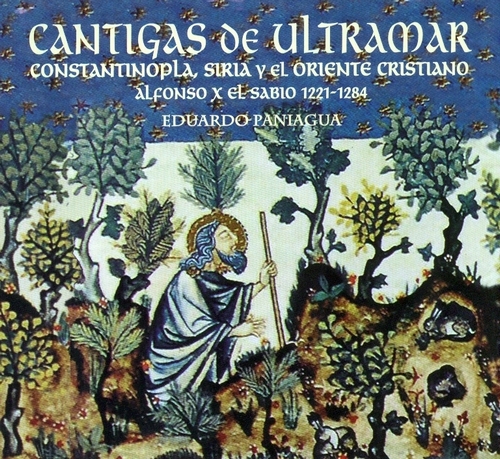 CD2 - Syria & Christian Orient:
Emperor Juliano, The Miracle of St. Basil
The Moor From Overseas And The Virgin of The Milk
Tartus Overseas
The Boy And The Black Mountain’s Hermit
The CANTIGAS FROM OVERSEAS form part of Pneuma's project to record a retrospective of the entire collection of the Cantigas de Alfonso X and continue to explore the theme of miracles in the Eastern Mediterranean, completing CDs PN- 880 Cantigas of Byzantium, PN-1490 Cantigas of Rome, PN-1510 Cantigas of Alexandria and the future CD Cantigas of Jerusalem. Stories unfolding in Constantinople and Christian Syria, Rome and the Byzantine Empire (wise hermits and the Sufis from the East), give the impression of a travel novel packed with mystic teaching. The valuable and unique repertoire of cantigas that were composed in the court of Alfonso X the Wise is now kept in the original 13th century codices in the library of the monastery of San Lorenzo de El Escorial and in the Spanish National Library, both located in Madrid and therefore in the custody of the Madrid Regional Government. This previously unreleased musical heritage bridges the gap between the Christian East and the Iberian Peninsula.