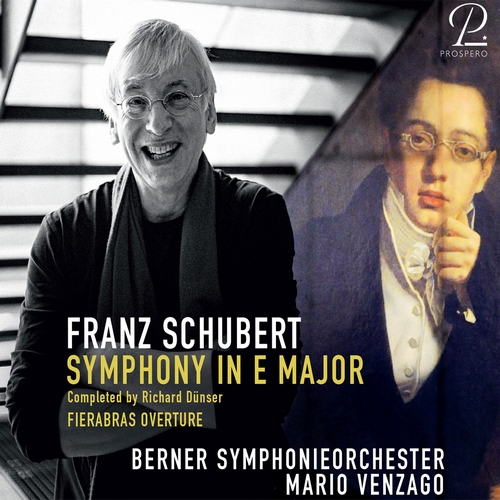 Overture to the opera 'Fierabras', D 796
Symphony in E major (No. 7) - completed after sketches (D 729, D 708 & D 936) by Richard Dunser (2020)
The Symphony in E major (D 729) from the summer of 1821 is one of five unfinished symphonies by Franz Schubert. Recently it has often been counted as Schubert's 7th symphony. Unlike his other symphonic fragments, the symphony in E major exists in a complete draft from the first to the last bar in all four movements. More recently, the symphony became accessible to a wider public again in the completed version by Brian Newbould (1982). Now the Austrian composer Richard Dünser, together with the conductor Mario Venzago, has presented a new version of the symphony fragment. The less inspired middle movements have been replaced by supplemented drafts from the year of Schubert's death. The result: a "new" great symphony by Schubert with a playing time of over 40 minutes; an original and gripping work that immediately convinces with its idiomatic and formal unity.