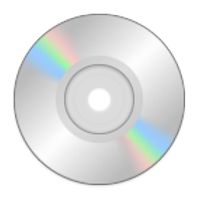 Symphony No.5 in D minor, Op.47
Symphony No.9 in E flat, Op.70 for violin and orchestra
Music against chaos Not just his artistic future was at stake. Dimitri Shostakovich’s survival was hanging by a silk thread following the notorious article in Pravda “Chaos versus music”, which was published in 1936. An example was made of his second opera “Lady Macbeth of Mzensk”, which was highly criticized. In doing so, willing officials were implementing Stalin’s guidelines with regard to the socialistic music of the future. This was not the way it should sound. From that moment onwards, the on the whole valued and respected composer Shostakovich became a persona non grata in the Soviet Union, who would have to tread carefully in the near future, in order to avoid ending up as prey for the hangman in the blink of an eye. Despite this campaign against his compositions, Shostakovich continued to work on his Symphony No.4, for the time being without apparently having learned a lesson from the official threats. In November 1936, to be sure, he withdrew the composition shortly before its premiere and dedicated himself to a greater extent to writing film music: the latter, no doubt, primarily also for financial reasons – after all, he had to feed his family.

Shostakovich composed his following work, the Symphony No.5, between April 18 and July 20, 1937, a remarkably short period of time. Although he had expanded his Symphonies Nos.2 and 3 to include vocalists, he returned in his fifth symphony to the scoring of the first. He oriented the sound of the orchestra more towards the late-Romantic expression, and treated the instruments and ensembles in a more traditional manner. Therefore, outwardly, the composer geared his sound towards the traditional idiom demanded in the Pravda article. And what about the music itself? Could this be seen as a turn-about by Shostakovich to conform to the required party line? Apparently it could, as the significance of the Symphony No.5 as a composition that conformed to ideology ran like a red line through the analyses of socialist interpreters: and also in the West, the work was considered for a long time to conform to the system. Certainly, Shostakovich’s article “My creative answer. The Symphony No.5”, dating from 1938, was no mean contributor to this way of thinking. In this article, he described the work as a “practical, creative answer from a soviet artist to fair criticism” (however at the same time, as we now know, he simply repeated the thoughts stated in the published opinion but left them as they were, without comment!). Fortunately, the instrumental and absolute music – i.e. the music en soi – tells the untold story. Behind the naked notes, different layers of significance can be distinguished, audible only to a listener who is prepared to undertake a journey through ambiguity, and who dares to search critically and with an open mind for the hidden meaning behind the programmatic façade. In this discipline, Shostakovich had developed a certain mastery, which ensured his survival in Stalinist Russia. The first movement is full of strong contrasts: the subliminally nervous, yet powerful main theme is contrasted by a similarly harnessed lyrical second theme. The movement, which deals intensively with the material, quickly adopts

a strange and grotesque “Mahlerian” atmosphere, and climaxes in an energetic, fizzling March, before collapsing weakly, extinguished. Quiet is restored, but not peace. The Allegretto is distinguished by inspired simplicity. Humorous themes are provided with new tone colours, in a constantly changing chamber music-like treatment; however, they are not able to cast off their nervousness. In extended and melancholy melodic phrases, the expanded Largo presents a lament of the purest grief. Shostakovich provided an official explanation of the Finale to all who wished to hear it: it was the “optimistic resolution of the tragic tension of the first movement”. One could indeed see it as such – however, one should not, as this Finale is an emotional balancing act, in which one can hear the forced rejoicing of the final bars. For the alert listener, the crudity of the instrumentation is more a reference to the knout of the authorities, which was used to beat the masses into cheering the Czar in Mussorgsky’s Boris Godounov. Most likely, the success of the premiere of his Symphony No.5 in St. Petersburg can be attributed to the fact that the knowledgeable and receptive audience realized all too well what Shostakovich later jotted down in his memoirs: “This is no apotheosis, for goodness’ sake. One would have to be a complete fool not to hear that.”

After the monumental and successful “war symphony” No.7 (the Leningrad) and the Symphony No.8, both Stalin and the Party expected Shostakovich to write an epic commemorating the victory over the German invaders, which was won at great cost. An epic with vocal soloists and choirs, who would appropriately acknowledge the achievements of the “great genius”. The final symphony of a war trilogy, no less. And the coincidental fact that, in the order of his contributions to the genre, the next one in line was his Symphony No.9 should have given the composer a hint. Well, Shostakovich did not get the hint, and in just one month’s time (July/August 1945) he wrote a work, which could not have been less like a “Soviet Symphony No.9” as far as length, concept and content were concerned. On the contrary, the result was a symphony in the style of Haydn, yet grotesquely altered, full of grimaces and odd gestures. A nationalistic transport of delight? No way.

The expected hymn of praise to Stalin had been turned into a clever parody of the man. And sure enough, Shostakovich was once again caught up in the grip of Stalin’s terror: he was accused among other things of “twisting the form”, which was to result in his being ostracized in 1948 for the second time.

The first movement, the form of which is very strict, continually veers around into the grotesque: the instrumentation serves one purpose only, that of providing refracted irony. - The Moderato is a delicate elegy, with obscure woodwind cantilenas, full of melancholy. - The movements 3-5 follow each other on without a break, during which the short Presto flies past, and the unconcealed tragedy of the Largo introduces a peaceful phase in the recitativo-like bassoon theme, before the Allegretto-Finale once again unleashes its mischievous character. Here banality and refracted merriment each make a grab for the limelight. This is music written for a victory without meaning.