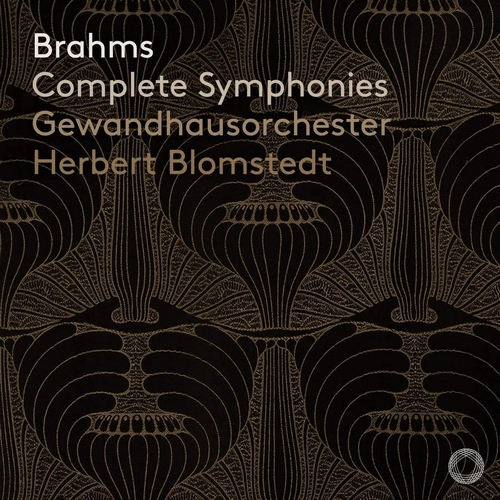 Symphonies Nos. 1-4
Symphony No. 1 in C minor, Op. 68
Symphony No. 2 in D major, Op. 73
Symphony No. 3 in F major, Op. 90
Symphony No. 4 in E minor, Op. 98
Herbert Blomstedt and the Gewandhausorchester Leipzig present Brahms’s complete symphonies on Pentatone. These recordings, made between 2019 and 2021, have already met with extraordinary critical acclaim. BBC Music Magazine praised the performance of the First Symphony as “splendid and inspiring”, praising Blomstedt’s “admirable attention to detail” and “wonderfully controlled performances”, while pointing out about the Second Symphony that “with glowing playing throughout from the Leipzig Gewandhaus Orchestra it’s hard not to enjoy this affectionate and superbly recorded new version”. Gramophone equally praised the Second Symphony, stating that the “Leipzig orchestra play magnificently” while lauding the “naturalness and ease” of Blomstedt’s performance. The Times pointed out about the same recording that “as soon as this symphony ambles into its opening bars we feel supremely in safe hands”, and concluded that “the special glory of Blomstedt’s thoughtful interpretation is its emotional resonance.” The recording of the Third and Fourth Symphony was crowned with a Diapason d’or, and hailed as a “a majestic close to a complete set of Brahms symphonies that will mark a milestone”. These critical voices all acknowledge the exceptional congeniality of maestro and orchestra, as well as the unheard-of freshness of Blomstedt, who concluded this cycle at the age of 94.

Blomstedt’s work as a conductor is inseparably linked to his religious and human ethos, and his interpretations combine great faithfulness to the score and analytical precision with a soulfulness that awakens the music to pulsating life. In the more than sixty years of his career, he has acquired the unrestricted respect of the musical world. The Gewandhausorchester Leipzig is the oldest civic orchestra in the world with a glorious history, and is still counted among the world’s leading ensembles.