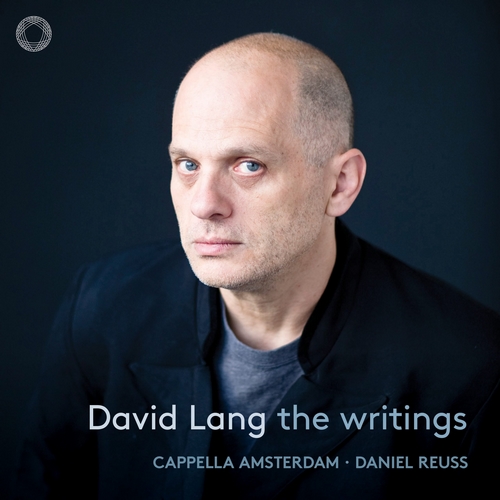 again (after ecclesiastes)
if I am silent (after the book of esther)
for love is strong (after the song of songs)
where you go (after the book of ruth)
solitary (after the book of lamentations)
again (changed return)
Cappella Amsterdam and its artistic leader Daniel Reuss return to PENTATONE with a world premiere recording of David Lang’s the writings. For this cycle, Lang has chosen five texts from the Old Testament tied to Jewish holidays. These writings share a universal appeal, a focus on what it means to be human. Lang’s austere and repetitive score makes a profound emotional impact, fully in line with the poetry of the subjects recited. This album comes with insightful program notes by the composer, as well as an evocative analysis by his esteemed colleague Nico Muhly.

Since its foundation in 1970, Cappella Amsterdam has shown an exceptional mastery of contemporary and early vocal music, with acclaimed excurses to Romantic repertoire as well. Daniel Reuss has been Artistic Leader of Cappella Amsterdam for over three decades now, and has worked with several renowned choirs and ensembles. Their PENTATONE debut album In Umbra Mortis (2021) won an Edison Klassiek Award. Multiple award-winning composer David Lang is one of America’s most performed composers, whose deceptively simple pieces can be fiendishly difficult to play, requiring incredible concentration by musicians and audiences alike.
This album was recorded at the Pieterskerk Utrecht, Netherlands, on 30 November, 1 and 2 December 2020.