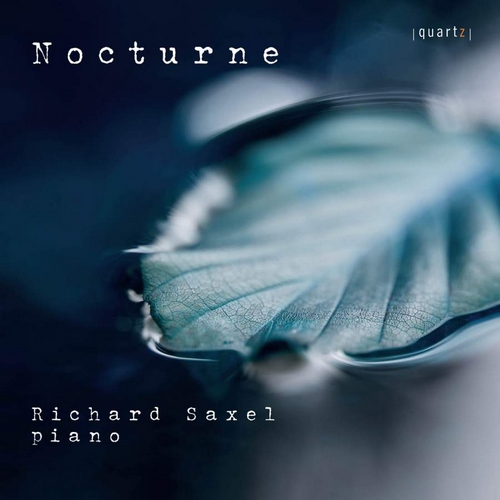 Rowley:
Nocturne No. 5 in F Major

Gurney:
Nocturne in A flat major

?Excerpt,? Bartók:
Out of Doors, Sz. 81, BB89
Richard Saxel has always been interested in the links between art and music, and conceived this recording along the lines of a Cubist painting, considering nocturnes and night music from multiple angles, but having the intention to create a complete picture through the album as a whole. There are contrasting areas of light and darkness, achieved by grouping pieces together according to different themes or criteria; sometimes by the composers' nationality, sometimes by the key or intensity of the music, and still further groupings with particular themes. Thus there are pieces where suggestions of the nightmarish supernatural are never far away, a group in which depictions of the natural world are explicit, and by contrast another suggesting the edginess of the urban night. Avoiding a chronological survey, nearly two hundred years' worth of music is represented from the earliest example by John Field to works composed in this millennium. The works by Lowell Liebermann, Antonio Bibalo, Dave Brubeck and Leonid Desyatnikov serve as reminders that the nocturne has developed considerably from the earliest model of a pretty Romantic piece with a repeated left hand figure supporting a decorated right hand melody, and yet has retained the intense distillation of emotion.