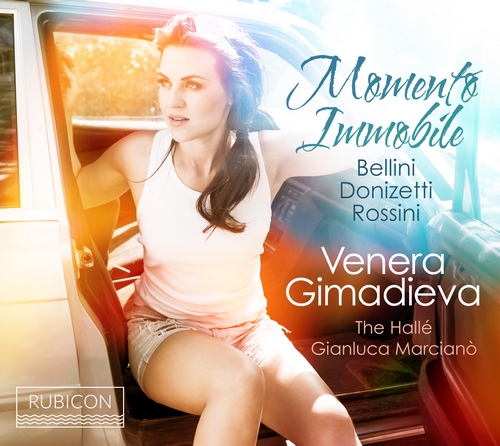 Hailed as ‘the new voice of Russia’ and the star of the Bolshoi Theatre in Moscow, Venera Gimadieva has quickly become one of the most sought-after lyric coloratura sopranos in Europe. Her performances as Violetta in La Traviata have earned sensational reviews, with the Guardian describing her at her Glyndebourne Festival debut as “a soprano of huge presence, compelling to watch, with a voice of thrilling security and range, and a special quality to her quieter singing that makes you hang on every note.”

Bel canto opera is a plethora of paradoxes and these are most powerfully embodied by the prima donna herself. Pure and passionate, alluring and alarming, desirable and dangerous, she is a woman who, driven by uncontainable desire or righteousness, defies or disregards social convention in her search for what might be deemed a more modern form of self-expression and freedom. She articulates a luxurious femininity which sonically embodies the female form, and is both emancipatory and intimidating. Undeniably, powerfully sensual, she was – and is – subject to patriarchal and social control; innocent, spiritual and soulful, she suffers, is sick and must be destroyed. The melismatic madness of the heroine speaks of a ‘mania’ that is not alien to contemporary notions of a neurosis afflicting modern woman. Does her vocal intensity make us idealise her, or crave and command her sacrifice? At the start of the 21st century, do we recognise her voice as our own? Or is at, as Michel Poizat has argued, ‘the angel’s cry’, an inarticulate expression of the soul at both the pinnacle of its power and the moment of death: a momento immobile