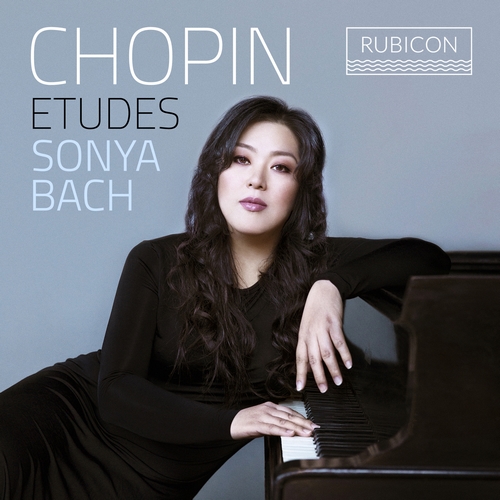 Rubicon - RCD 1042
Kompozytor
Fryderyk Chopin (1810-1849)
Wykonawcy
Sonya Bach, piano
Etudes, Op. 10
Etudes, Op. 25
Trois Nouvelles Etude, op.posth
Sonya Bach’s debut album for Rubicon was a well received 2CD set of J.S Bach’s Keyboard Concerti with the English Chamber Orchestra. For her second album she turns to Chopin and his Etudes. These works so stunned the critics and public when they appeared that Theodor Kullak wrote some 50 years after their publication ‘Hence when we speak of the ideal of an Etude, the name of Chopin almost involuntarily falls from our lips’. That was in the 1880s, and it remains true to this day.

The two sets op.10 & op25 occupy a unique position in piano literature, sweeping aside previously popular Etudes by J.B Cramer, Hummel, Kalkbrenner and Moscheles – all great pianist composers. Chopin learned from these composers and succeeded in elevating the Etude from the practice room to the concert hall where they remain to this day.