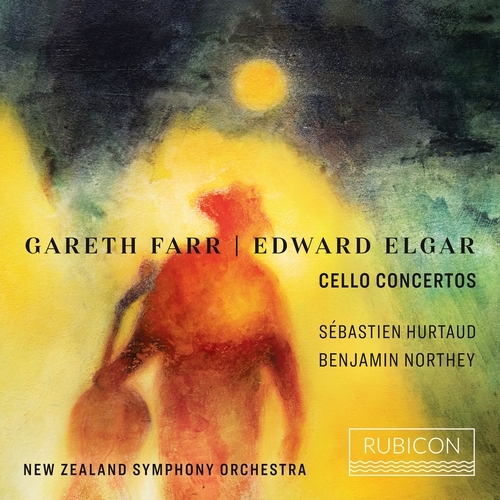 Farr:
Cello Concerto ‘Chemin des Dames’
New Zealand composer Gareth Farr wrote his cello concerto after discovering some family history. His three great uncles left New Zealand to fight in France in World War I. All three were killed within weeks of arrival. Elgar’s famous concerto was also composed as a reaction to the horrors of the Western Front and the mass slaughter of so many young lives. Elgar could hear the heavy guns in France at night from his home in Sussex, and they were a constant reminder of lost friends, and of the world he knew slipping away. It was to be his last major orchestral work, the 3rd Symphony remaining unfinished. Farr’s concerto is instantly accessible and is a dramatic and emotional statement. Both concertos are played by the French cellist Sebastien Hurtaud.