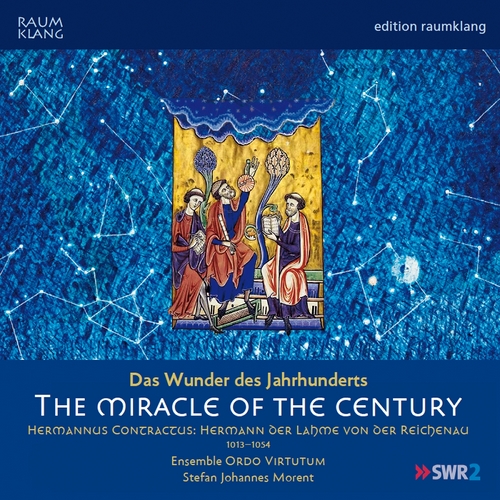 Reichenau: The Miracle of the Century 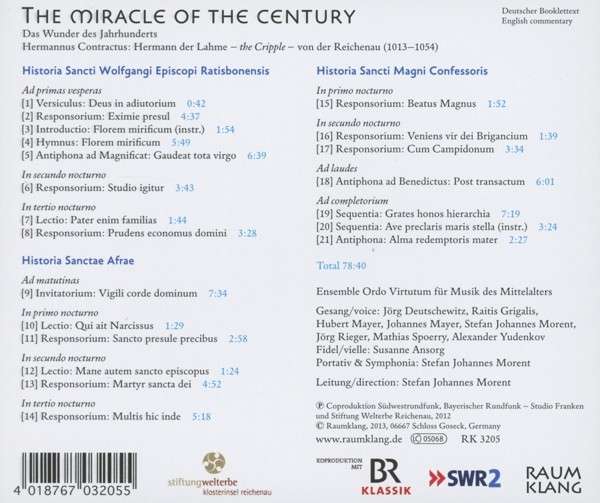 Hermann the Criple of Reichenau was a universal genius, “the miracle of the century,” as he was reverently called by his contemporaries, knowledgeable in astronomy, calendrical calculations, and music theory. He also composed chant in honor of saints, which was discovered again only recently in the course of musicological research.

Ensemble Ordo Virtutum for the Music of the Middle Ages, which is considered one of the most renowned of its kind, has recorded, under the direction of Stefan Johannes Morent, all of Hermann’s music for the first time on a CD.

The CD in honor of Hermann the Criple’s millennium anniversary offers a unique opportunity to experience his compositional genius in largely world-premiere recordings, and to savor the “extraordinary sweetness” of his music.