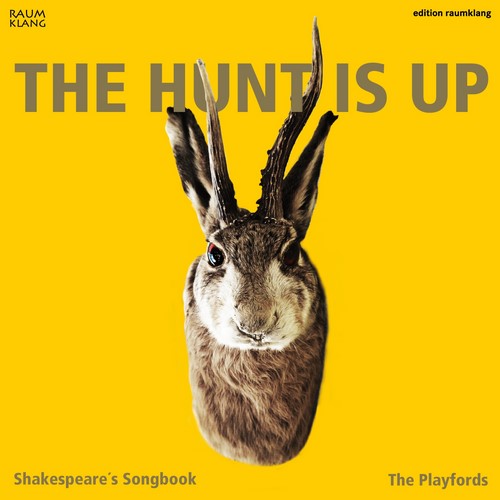 The Hunt is up - Shakespeare's Songbook

Shakespeare's Songbook:
Tunes and Ballads from the Plays of William Shakespeare
(1564 – 1616)
Shakespeare’s works resound with musical allusions and references. These are often meant to provide the audience with background information, but at other times, they serve simply to provoke a smile or even laughter. But this only works, of course, if the viewer is already quite familiar with the material being referenced. Thus we can also use Shakespeare’s plays to piece together a list of the most popular songs of the time, a project that has been undertaken by the American musicologist Ross W. Duffin. The Playfords have adopted his Shakespeare’s Songbook as a type of ‘real book’ which inspires and gives rise to their own improvisational play. Just as Shakespeare’s Globe theatre brought all of London’s social classes together, this work gathers everything from the knee-slapping bawdiness beloved by simpler folk to more artfully wrought aural allusions aimed at a more distinguished and discerning audience. The result is a musical panorama of late Renaissance English society in its entirety.