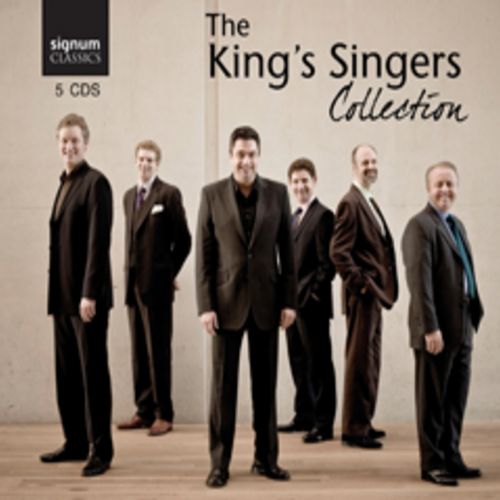 Gesualdo:
Powerful and harmonically daring music, the dark texts for Holy Week resonated with the Italian prince Carlo Gesualdo's own life, which was mired in murder, guilt and obsession. His music sounds as fresh as the day he composed it.

1605:
Follow the story of how a group of young religious zealots tried to change the faith of a nation by force. With music from Catholics and Protestants, this fascinating programme ends with a commission from Francis Pott which finds grim resonances with today's religious intolerances.

Spem:
Historians may not know exactly why Tallis wrote Spem in alium, but nobody disagrees that this majestic 40-part motet is one of the glories of renaissance art.

Landscape & Time:
We are all shaped by the surroundings and age in which we live. Listen to music, including five commissions, which give us different perspectives from England, Scotland, America, Japan, Hungary, Finland and Estonia.
To celebrate The King’s Singers 40th anniversary year, the group are releasing five of their bestselling Signum released albums from the last 6 years in a fantastic new CD boxed-set collection.

The King’s Singers Collection includes Tallis’s masterpiece, Spem in alium, alongside magical works of our day (Landscape & Time), the overwhelming beauty of William Byrd (Treason & Dischord) and Gesualdo and with some ‘icing on the cake’ - King’s Singers lollipops on Six.

After 40 years The King's Singers show no sign of slowing down. The five albums in this set were made in the space of three years and display the diversity and flexibility of the world's premiere a cappella ensemble.
Release date: 31st March 2008