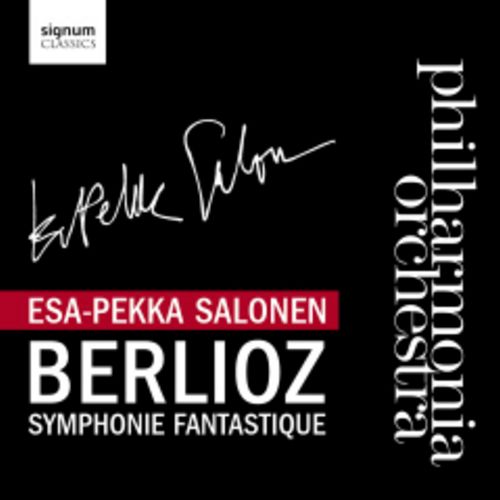 Berlioz:
Symphonie fantastique (An Episode in the Life of an Artist), Op.14

Beethoven:
Overture, Leonore No.2, Op.72b
The Philharmonia Orchestra is one of the world's great orchestras. Acknowledged as the UK's foremost musical pioneer, with an extraordinary recording legacy, the Philharmonia leads the field for its quality of playing, and for its innovative approach to audience development, residencies, music education and the use of new technologies in reaching a global audience. Together with its relationships with the world's most sought-after artists, most importantly its Principal Conductor and Artistic Advisor Esa-Pekka Salonen, the Philhamonia Orchestra is at the heart of British musical life.

Since September 2008 Salonen has been Principal Conductor and Artistic Advisor of the Philharmonia Orchestra. In his first season in this role he devised and led City of Dreams, a nine-month exploration of the music and culture of Vienna between 1900 and 1935. The project, which presented the music of Mahler, Schoenberg, Zemlinsky and Berg in its social and historical context, travelled to 18 cities across Europe, culminating in October 2009 with semi-staged performances of Berg's Wozzeck, with Simon Keenlyside in the title role. A series of recordings from the project is being released on the Philharmonia/Signum label, of which Gurrelieder is already available.

"This is the live performance with which Esa-Pekka Salonen launched the Philharmonia Orchestra's 'Vienna: City of Dreams' season in 2009, and you can hear why it was critically acclaimed for the quality of the soloists, the impact of the choruses, and above all the playing of the Philharmonia - from transparent impressionistic textures to vast, bone-crunching climaxes."

"The Philharmonia plays beautifully for Esa-Pekka Salonena ... The orchestra's woodwind section particularly distinguishes itself, with eloquent, forlorn exchanges between the oboe and cor anglais in the 'Scene aux Champs' ... a well-turned, thoughtful performance."

"Don't ever be tempted to typecast Esa-Pekka Salonen as a hardline modernist ... he reveals himself as a powerful Berliozian too."

" ... the Philharmonia gives its all in a performance that relishes the manic contrasts in Berlioz's groundbreaking score as well as emphasising its symphonic sweep"