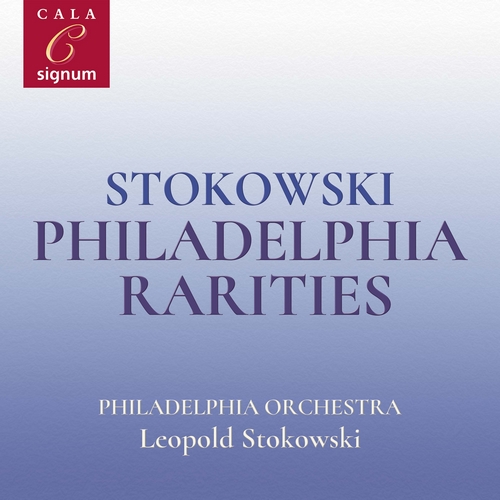 Harl McDonald:
The Legend of the Arkansas Traveller
Festival of the Workers Suite - Dance of the Workers
Symphony No. 2 - Rhumba
Concerto for Two Pianos and Orchestra

Etenraku, Ceremonial Japanese Prelude (arr. Hidemaro Konoye)
The Golden Age of Leopold Stokowski and the Philadelphia Orchestra" describes the 25 years from 1912 during which a London-born church organist took a provincial American ensemble and built it into one of the finest orchestras in the world, noted for its precision, virtuosity, and splendid tone-colour. With the advent of the microphone during the 1920s, Stokowski and the Philadelphia Orchestra made an enormous number of 78rpm discs that would become landmark recordings. For much of this time Stokowski concentrated on basic repertoire – including Beethoven, Brahms, Tchaikovsky, Sibelius, Debussy, Mussorgsky and many others.