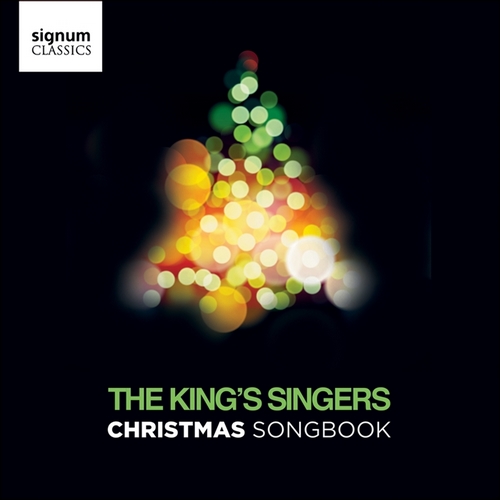 It has been ten years since The King’s Singers’ last full-production Christmas album, called simply “Christmas.” That album was quite traditional in style, bringing together a number of contemporary and traditional carols and giving the feel of an Advent or Christmas carol service. It continues to be popular amongst audiences around the world, but more and more often we have been asked when the next Christmas offering would surface. That time has now come.

Having completed “The Great American Songbook” project a few years ago, the group started to look at a Christmas equivalent. We looked at the seasonal songs performed by The Rat Pack and their contemporaries, and found many that we loved, but decided to draw up a balanced track list to include popular carols as well as jazz songs. With The King’s Singers’ 50th Anniversary approaching, as well as the 100th Anniversary of the Service of Nine Lessons and Carols at King’s College, Cambridge the spiritual home of the group the result is a disc that pays homage to our roots whilst acknowledging our current penchant for swing.

Traditional favourites such as In the bleak mid-winter and the beautiful Austrian carol Still, still, still, jockey for position amongst modern-day classics like Winter Wonderland, Frosty the Snowman and Sleigh ride. All are presented in new arrangements by some of our favourite arrangers: Robert Rice, Keith Roberts and Alexander L’Estrange. All in all, the perfect soundtrack to your Christmas Holiday, whatever the weather!