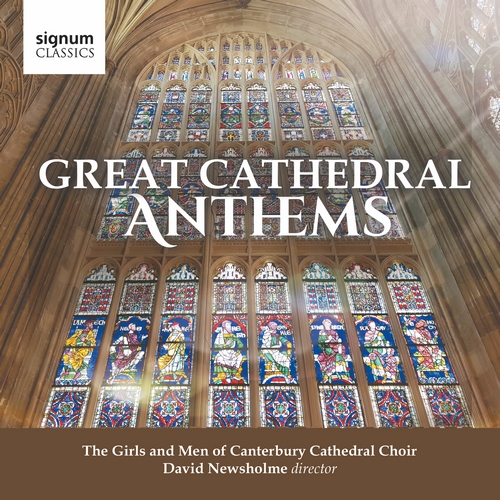 William Croft:
We will rejoice in Thy Salvation

William Boyce:
O where shall wisdom be found?

Hubert Parry:
I was glad when they said unto me

Herbert Howells:
Like as the hart desireth the waterbrooks

Kenneth Leighton:
Let all the world in every corner sing
Drawing international media attention following their founding in 2014, the Girls’ Choir of Canterbury Cathedral have quickly become leading lights in the British choral music landscape. For their first recording with Signum – led by their director David Newsholme – they draw on the rich catalogue of what have become British cathedral anthems from the 16th Century to the 20th, performing works by composers including Tallis, Byrd, Stanford, Parry and Howells.