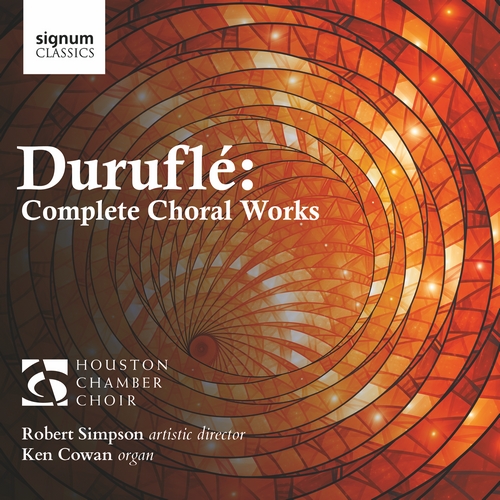 Messe “Cum Jubilo” pour choeur de barytons et orgue, Op. 11
Quatre Motets sur des themes grégoriens pour choeur a cappella, Op. 10
Notre Pere pour choeur a cappella
Requiem pour soli, choeurs et orgue, Op. 9
The choral works of Duruflé, like his organ works, are small in number but beautifully crafted. Frequently written and rewritten until he was completely satisfied, he was a composer who rethought and re-configured his music right up to the moment he had to let go of it. Often described as a man out of step with his times, his pieces look back to Gregorian chant and plainsong at a time when the musical life of his home city of Paris was steeped in radical new compositional ideas – a testament perhaps to Duruflé’s enduring love of France’s choral heritage.