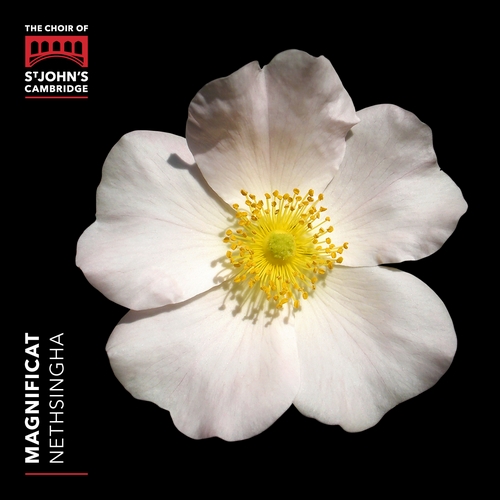 Sir Michael Tippett:
Magnificat & Nunc Dimittis - Collegium Sancti Johannis Cantabrigiense
Magnificat was recorded to explore the breadth of imagination with which composers have approached the texts, which have been sung in Christian worship for over 1000 years. Stanford’s starting point was the Germanic symphonic tradition; Howells took his inspiration from the architecture and acoustics of the Cathedral in Gloucester; Tippett was inspired by the unique Spanish trumpet stop at St John’s.

With the Magnificat and Nunc Dimittis being part of the daily evensong, the choir sings an arrangement of the texts in some form at least once everyday. This is therefore a collection of pieces which the choir sing on a regualr basis.

The Evening Cantincles chosen for this record relate to a particular period of music making in the life of St John’s conductor, Andrew Nethsingha; his time at the Royal College of Music; at Truro and Gloucester Cathedrals, and lastly his time at St John’s.

Founded in the 1670s, The Choir of St John’s College, Cambridge, is one of the finest collegiate choirs in the world – known and loved by millions for its rich, warm and distinctive sound, expressive interpretations and ability to sing in a variety of styles.
Recorded in St John’s College Chapel, Cambridge, UK from 19th to 22nd April 2018.