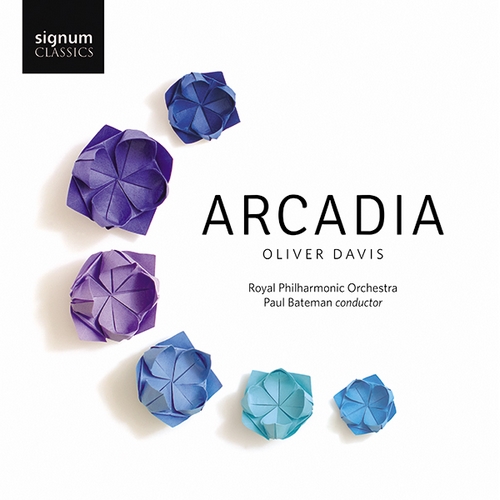 The Infinite Ocean was composed for choreographer Edwaard Liang and was commissioned by San Francisco Ballet for the Unbound festival, 2018. Liang requested the work to be in six sections and to feature a solo violin. The aim of Aracdia was to create a piece which evoked an idyllic serene place. Gemini was specifically composed for violinist Kerenza Peacock and was designed to explore the contrasting styles of her playing. The Suite for piano and orchestra was written for Huw Watkins on piano and heavily involves thematic development throughout. Inferno began life as a short orchestral sketch, which gradually evolved into a full, single-movement piece. Lastly, The Elements was commissioned by The Hanke Brothers, who specifically wanted a piece describing the four elements. The ensemble containing piano, viola, recorder and tuba, produces a unique timbre, and the piece explores the possible various aspects of this timbre.
All tracks except The Elements recorded at Abbey Road Studio 2, London on 15 February 2019. The Elements was recorded by Stephan Boehme at Alte Ziagrrenfabrik studios, Germany on 8 August 2018.