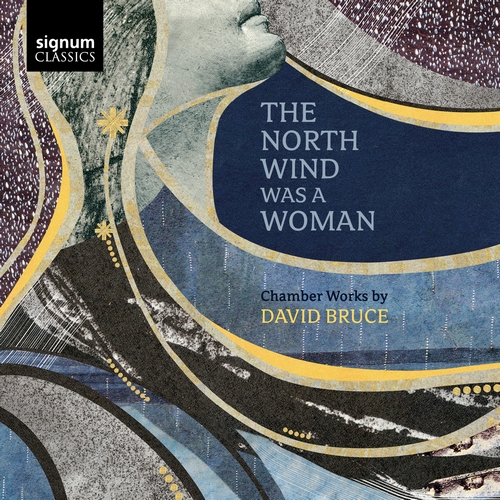 Bruce: The North Wind was a Woman

Its title song-cycle, scored for folk-imbued ensemble and recorded with the acclaimed Nora Fischer, treats various aspects of the natural world as human characteristics. The Consolation of Rain is a moving reflection on loss and the restorative power of nature, while Cymbeline draws on ancient religious attitudes to the sun. Written for mandolin virtuoso Avi Avital, the work takes its name from an old Celtic word meaning ‘Lord of the Sun.’

Bruce has achieved global recognition as a composer, celebrated for his richly colourful, poetic, and joyful music. Recent commissions include the BBC Proms, Carnegie Hall, Covent Garden, and Glyndebourne.
Recorded Feb. 13-14, 2017 at American Academy of Arts and Letters, NY; and Oct. 21, 2017 in Hahn Hall, Music Academy of the West, CA.