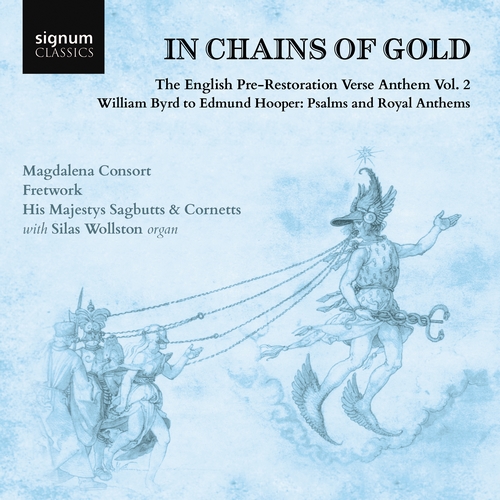 William Byrd:
Hear my prayer
O Lord, rebuke me not
Have mercy upon me, O God
Fantasia (No. 46)
Teach me, O Lord
Christ rising again
I will give laud
Look and bow down

John Bull:
Almighty God, which by the leading of a star
Fantasia (No. 16)
Deliver me, O God

Thomas Morley:
Out of the deep

More than any composer before him, William Byrd catered prolifically to a wide variety of musicians. Connoisseurs of Latin motets at home and abroad, troupes of boy actors with their viols and their unbroken voices, solo keyboard players, the choirs of the established English church, and the underground ensembles of Catholic households where mass was celebrated in secret performers of all these kinds could look to Byrd for quantities, in some cases vast, of music of the highest excellence.

After volume 1 of this project, Robert Hugill said “I can’t wait for volume 2”, and Early Music Review described the first volume as a “splendid recording” - volume 2 is certainly not one to miss.
Recorded in St Jude-on-the-Hill, Hampstead Garden Suburb, London, UK on January 25-27, 2019. Played on 'St Teilo' organ by Goetze and Gwynn.