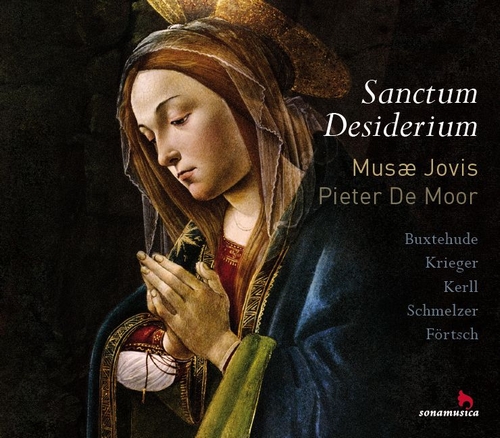 Johann Heinrich Schmelzer:
La Bella Pastora
“Tota vita christiani boni, sanctum desiderium est.” “The whole life of a good Christian, is sacred desire.” (Saint Augustine, In Epistolam Ioannis ad Parthos tractatus decem 4.6) These words of Church Father Augustine of Hippo, a saint in the Catholic and Anglican traditions and a theological father for many Protestants, comprehend the devotion that underlies many religious musical compositions. Even though Augustine was not undividedly in favour of music for religious purposes (in his Confessions, he warns against music as mere gratification of the senses instead of as a means to convey divine truth), he himself certainly enjoyed music, especially hymns, because he felt that the combination with text increased his devotion. Early baroque composers, then, were very much in favour of combining new musical styles with sacred texts in order to arouse the affects of their audience. The aim of their aesthetic was to convey these idealised emotional states (joy, sadness,...) on the listeners. For that, they used rational, objective principles comparable to those of rhetorics, the basic elements of the ancient art of oratory that has the same objective. The innovative Italian styles of opera and oratorio, based on these rhetorical concepts, spread quickly throughout Europe, and especially in the Germanic regions the models were diligently developed. The program of Sanctum Desiderium is a careful selection of seventeenth-century German compositions that feature the literal expression of sacred desire as well as its translation into musical imagery.