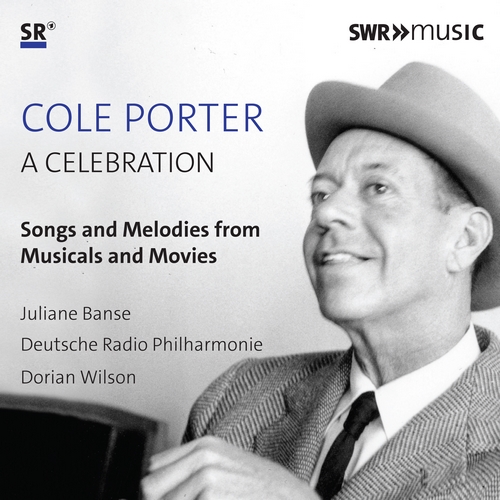 Porter: Celebration - Songs and Melodies from Musicals and Movies

Arrangements by Lars J. Lange
Cole Porter left a musical legacy that earned him great respect far beyond the world of popular music: more than 40 of his musicals and countless melodies became evergreens, while their lyrics became quoted in daily life. His songs, with their ease, elegance, refinement and drive have fascinated musicians of all genres ever since.

Juliane Banse is one of the most versatile singers of her generation with a repertoire ranging from Mozart to Richard Strauss, from unknown operas to the most current modern music. It was only a question of time before she would turn to Cole Porter, hence this album, recorded in the autumn of 2018. And she has to be credited for not trying to copy Ella Fitzgerald, for example, but for singing Porter in her own way; for retaining her clearly intoned, classically trained voice, and not awkwardly acting the part of a husky bar singer. Banse perfectly interprets the roles in her very own way, turning between the ironic, erotic, lascivious and vigorous, with all the necessary syncopated swing. Fans of American entertainment and those lovers of beautiful singing who have an open mind will all find pure delight in this recording.