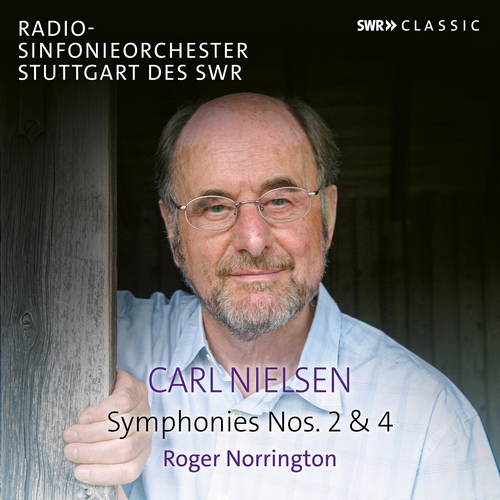 Symphony No. 2 “The Four Temperaments”, Op. 16
Symphony No. 4 “The Inextinguishable”, Op. 29
Among the early-20th century composers involved in the transition from romanticism to modernism, Carl Nielsen was particularly conspicuous for his originality which deviated from everything known and was perceived at the time as downright provocative. Today we see in Carl Nielsen’s six symphonies – each strikingly different – consistent genre contributions of unique and outstanding importance. Yet Nielsen’s international breakthrough only began in the 1950s and today his works are still far from being commonplace in our concert halls. The Symphony No. 4 was considered by the composer himself as one of his best works and it is one of the most performed. The Symphony No. 2 was inspired by paintings in a pub, showing grotesquely exaggerated depictions of the four ‘characters’ that were thought in medieval times to make up the human personality. Listeners shouldn’t be surprised that there’s a lot more humour at play here than is apparent in most other works.

The Stuttgart Radio Symphony Orchestra (RSO) was founded in 1945 and in the following seven decades (until it merged with its sister from Baden-Baden/Freiburg in 2016) became one of the most important musical ambassadors of Germany. World-renowned conductors, as well as some of the world’s greatest soloists, have been guests, including Carlos Kleiber, Kurt Sanderling, Maria Callas, Yehudi Menuhin, Alfred Brendel and Lang Lang. Sir Roger Norrington, chief conductor of the RSO between 1998–2011, has worked at the Royal Opera House in Covent Garden and at the English National Opera, with the Berliner Philharmoniker, the Wiener Philharmoniker, the Concertgebouw Orchester as well as many renowned British and American orchestras.
Recording: Stuttgart, Liederhalle (Beethovensaal), 18–19.12.2003 (Tr. 1-4), 17–19.01.2001 (Tr. 5-8).