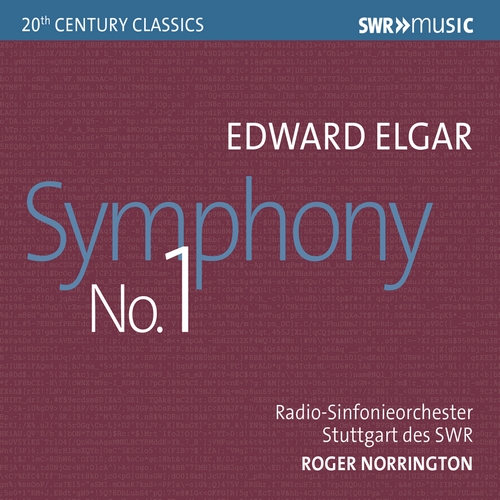 Richard Wagner:
Overture from 'Die Meistersinger von Nurnberg'
When Edward Elgar first ventured into symphonic music with his Op. 55, he had just celebrated his fiftieth birthday. Fame had come to him only a few years earlier with the premiere of the Enigma Variations in June of 1899.

Unusual harmonic idioms, sudden changes of tempo, energetic rhythms and often abrupt dynamic gradations are hallmarks of Elgar’s First Symphony. The tremendous success the work enjoyed at its premiere in December 1908, with the Hallé Orchestra conducted by Hans Richter, proved to be no fluke, and it soon began a march of triumph through the world’s concert halls.

Elgar’s work marks the first real breakthrough for English symphonic music. Reviewers lauded it as the most noble work ever penned by an English composer.
Reedycja płyty H 93000.