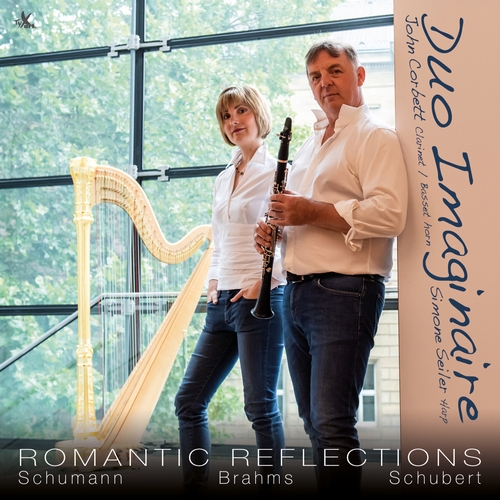 Transcriptions, to which this CD is exclusively devoted, have never been uncommon. Since the original repertoire from this period for harp, both as a solo instrument and in chamber music works, is relatively limited, the literature for piano and for harpsichord holds a special appeal for harpists.

In addition, it was a widespread practice with duo pieces at that time to print the piano part in an alternative version for harp. Due to technical limitations, many composers found no use for the harp. This changed, however, atthe beginning ofthe nineteenth century when the piano and harp manufacturer Sebastien Erard invented the double-action mechanism, which made it possible to play in any key - just in time to avoid missing out on the increasingly chromatic music of the Romantic period. But the harp was not the only instrument that enjoyed its heyday during Romanticism; it was during this era that the clarinet, too, flourished for the first time.

Likewise in the early nineteenth century, Iwan Muller designed the ''Clarinette Omnitonique,'' an instrument with thirteen keys; thanks to this innovation, the clarinet was now also able to play in every tonality. The clarinet is considered to be the wind instrument that comes closest to the human voice. Hector Berlioz praises it for its ''beautiful instrumental soprano'' and ''a middle register that is favorable to the expression of the most poetic feelings and ideas.'' (Grand traite d'instrumentation et d'orchestration modernes).
Recording: 11-12/2018 – Kirche am Widey, Hagen/Germany. John Corbett spielt Instrumente von Schwenk & Seggelke, Simone Seiler spielt eine Harfe von Lyon & Healy.