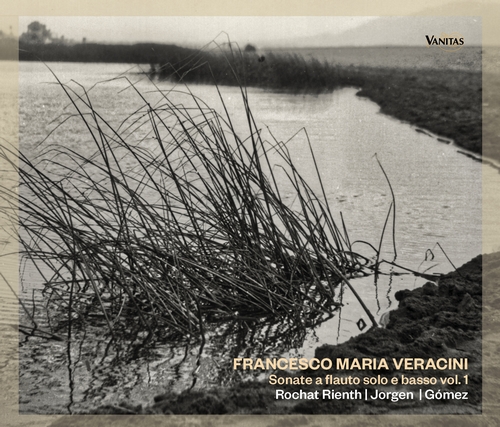 Sonata Prima
Sonata Seconda
Sonata Terza
Sonata Quarta
Sonata Quinta
Sonata Sesta
The life of Francesco Maria Veracini (1690-1768) could be summarized as the story of a violinist who was present in the main European cultural centers of the s. XVIII century to show his instrumental mastery and virtuosity. Florence, London, Dresden, Venice ... Everything seems to indicate that he had an eccentric and arrogant character, with enough intensity to make his way of playing something completely genuine. According to Burney, around 1733 there was no concert in London in which he did not participate with a violin solo. Giovanni Maria Casani, one of his teachers, expressed his opinion about him and his father: “Playing the violin together. One, old and full of honors, the other young and wanting to show the ease with which he overcame any slightest obstacle in the score. It was wonderful for everyone to listen to them, because the heart, and not just the bravery, guided and accompanied the fingers and the bow of these virtuosos”.

The collection published in 1716 has twelve sonatas for violin or recorder and basso continuo, a "small essay on my musical studies", is dedicated with much gratitude to the Elector Frederick Augustus I of Saxony, who supported Veracini to secure a position as a violinist at the Dresden court, despite the fact that no violinist was needed at the time, a circumstance that produced more than notable tensions with Volumier, the conductor of the Dresden orchestra.
Recorded in Ermita de Villa de Ves (Albacete, Spain) on November 2019.