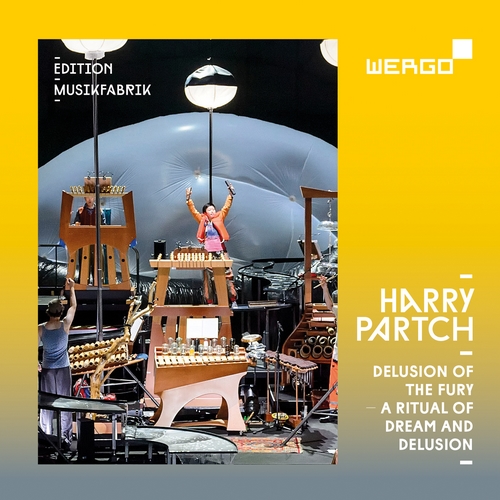 Partch: Delusion of the Fury – A Ritual of Dream and Delusion 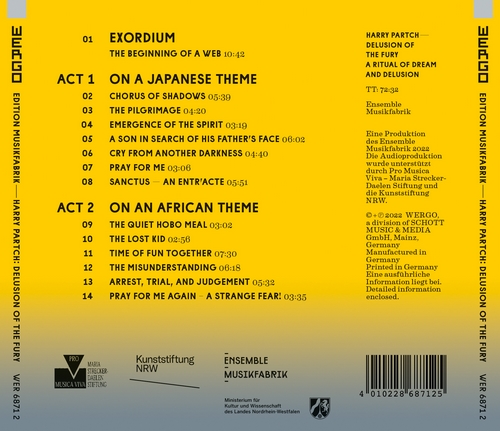 “It was only with Partch that a music began to take shape that could do equal justice to the physical desire for rhythmic pulse and a curiosity for new, unheard sounds; a music that enthralls us despite, or rather, precisely because of its unfamiliarity. A music for which we have no category, and which has no location, and yet in a strange way is grounded.” – Heiner Goebbels

The American composer Harry Partch (1901-1974) is considered a pioneer of the Just Intonation movement and was far ahead of his time when he began to explore microtonality. In the course of his life, he not only created a highly complex tonal system, but also designed and built an extensive set of instruments of sculptural beauty and great stage presence for its realisation, the only and original set of which is preserved in the USA.

On the occasion of the opening of the Ruhrtriennale 2013 with "Delusion of the Fury", staged by Heiner Goebbels, Harry Partch's entire set of microtonal instruments was reconstructed for the Ensemble Musikfabrik and learned by the musicians. It was only through this enormous reconstruction that performances of Partch's music outside his home country became possible at all. The dance and music theatre "Delusion of the Fury", whose recording by the Ensemble Musikfabrik sets new standards, is considered a key work and musical quintessence in Harry Partch's oeuvre. The extensive booklet documents the extraordinary music theatre production with numerous pictures as well as texts by Heiner Goebbels and Edu Haubensak.
Recording: Studio of Ensemble Musikfabrik, Cologne, March 3–6, 2015