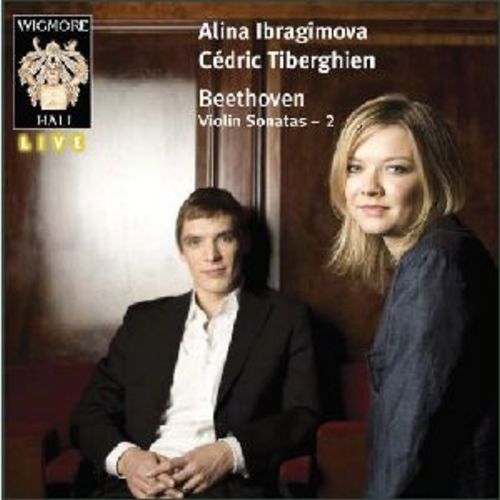 Violin Sonata in F major “Spring” Op.24
Violin sonata in A major Op.12 No.2
Violin sonata in G major Op.96
“Ferociously gifted young musicians” [The Times, May 2010] Alina Ibragimova and Cédric Tiberghien return with the second in their series of the complete Beethoven violin sonatas, recorded live at Wigmore Hall in February 2010. Volume One in the cycle, released in March 2010, was received to resounding critical acclaim, with the FT stating “the partnership with Tiberghien sounds fresh and spontaneous - outstandingly so in the opening movement of the eighth sonata.” Now the second concert in the trilogy is being made available as a live recording, featuring the sonatas in F (Spring Op.24), A (Op.12 No.2) and G major (Op.96).

“This is very special. Alina Ibragimova...is a mature, intelligent, impassioned musician, technically and emotionally focused to a degree that would be exceptional in any violinist of her age...she has the kind of tone and expression that pins you to the back of your seat.”

It has been five years since the duo met on the BBC Radio 3 New Generation Artists scheme, where they immediately forged a dynamic rapport and the signs of an exciting new creative partnership began to emerge. They have gone on to collaborate and perform in leading concert halls around the world. Now Wigmore Hall Live brings these fine, beautifully balanced recordings to audiences for the first time.