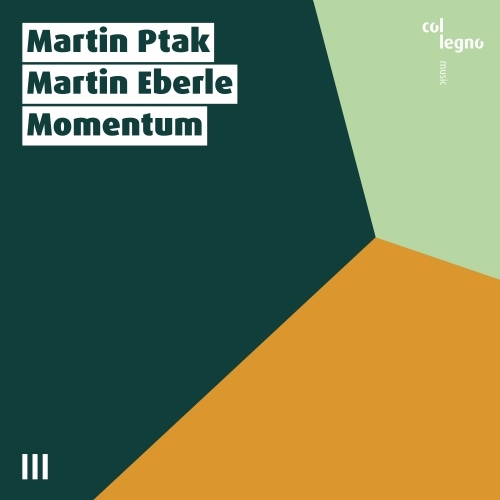 Outgoing of this special performance and due to the positive feedback, they continued the work they had started. While the pieces "Appassionata", "Hymn", "Momentum" and "Juno" were composed by both musicians together, "Rain Song", "Ringo" and "Earth" were penned by Martin Ptak, respectively "pARaMios" and »Beginning« by Martin Eberle.

Momentum is a combination of organic sounds expanded with electronic elements. The music speaks a narrative and pictorial language that is carried off into wide and spherical soundscapes.