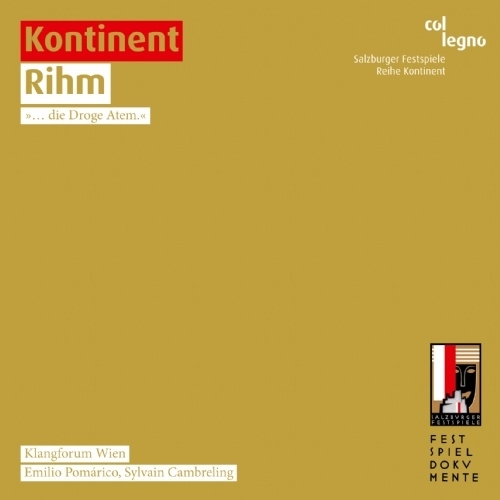 Wolfgang Rihm once claimed that the most appropriate statements about his oeuvre are his own compositions. In 2010 the Salzburg Festival adopted this approach. The result was a “Kontinent Rihm” which placed the manifold tone colors and modes of expression created by the former Stockhausen student into a broader context: a piece by John Dowland written more than four hundred years ago set alongside works by Anton Webern and Karlheinz Stockhausen, connected through Wolfgang Rihm’s compositions.

“How do you learn from a master? Presumably always in a dual movement: by adopting some things while at the same time leveling creative criticism. This is how we learn from historical music. The process of melting down and refounding to produce something original progresses through these stages.” (Wolfgang Rihm)

As a special highlight, this recording includes the first ever release of the “Séraphin-Sphäre”.