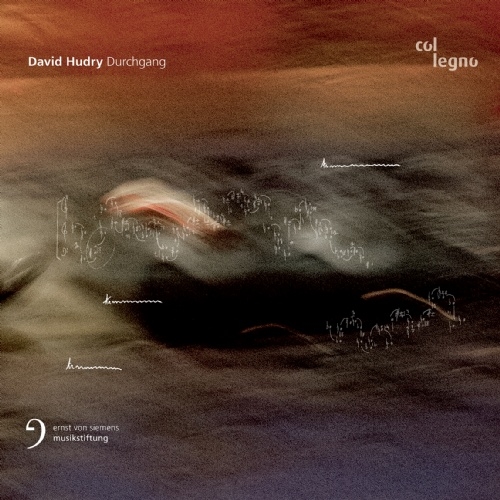 Nachtspiegel
Störungen
Introduction a` I?avöllr
The forgotten City
When looking at works from a composer’s youth, it is sometimes difficult to locate the point at which the sum of musical particles that evolved like free electrons first crystallized into a stylistic identity. In the case of David Hudry, it is Nachtspiegel (2008) that brings together the achievements of the prece­ ding works and puts them in a melting­pot; it is here that the composer endeavours to perfect and combine them in a more organic way in order to lend them new force. While this orchestral piece can certainly be considered a forward­looking work, but also a summation and a recapitulation, it is notable for taking up an idea from its predecessor Ra¨umezeit (2004), which uses a division into four distinct instrumental groups, namely the idea of associating a particular group of intervals with a location in the performance space. In order to make this spatial redistribution more perceptible, the com­ poser nds a more systematic way to develop classes of chords which are assigned to the different instrumental families according to his preference. This leads to the gradual emergence of a more de ned harmonic logic based primarily on a typology of intervals that follow, in part, considerations of acoustic and organological order. What applies to the harmonic domain applies equally to the shaping of melodic elements, so it is hardly surprising that listening to Nachtspiegel reveals not only striking harmonic elds, but also melodic pro les strongly coloured by particular intervals; these can convey a special tension which, depending on the situation, sometimes takes on the character of an expressionistic lyricism. These melodies are not so much developed as varied, or perhaps elaborated infinitely, to weave the framework of the piece. Echoing Goethian organicism, one here finds thei deal of a musical universe developed from a single seed, though the com­ poser would soon abandon this ideal. The interweaving of melodic lines suggests growth, or even the proliferation of plants, showing an attachment to a material crafted internally in every tiny detail; despite creating a percepti­ on of the whole, it clearly resembles a polyphony of objects more than a polyphony of lines. [...]
Recording: Nachtspiel - 20. September 2016, hr-Sendesaal; Storungen - 2. Juli 2016, Ensemblehaus Freiburg; Introduction - 18. Dezember 2013, CENTQUATRE, im Rahmen der Sendung Alla Breve, produziert von France musique