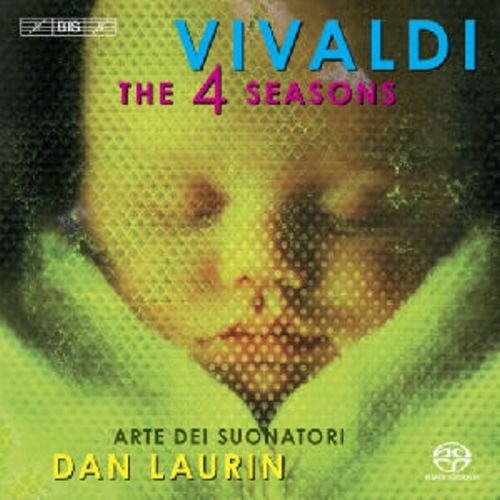 The Four Seasons (La Primavera - L’Estate - L’Autunno - L’Inverno)
Concerto in D major for strings, RV 124
Concerto in G major for recorder and strings, RV 437
Concerto in C minor for recorder and strings, RV 441
Dan Laurin has made a name for himself as an intrepid musician who never hesitates to venture into uncharted territory, as testified by his numerous recordings of contemporary recorder works, as well as by his monumental achievement in recording the complete (10 hours!) 17th century Der Fluyten Lust-hof by Jacob van Eyck. As he now turns to one of the most recorded works in Western music, his approach is as fresh and original as ever. With the aid of the highly praised Polish ensemble Arte dei Suonatori, Laurin gives us Vivaldi’s humming insects, pounding summer rain and drunken village revels in a way we’ve never before heard them. The sweltering heat of summer and the excitement of the hunt – in which the recorder takes the part of the hunted animal – are almost tangible in a recording of unusual directness, whether experienced in the Surround or stereo versions. Laurin and Arte dei Suonatori have met before on disc, with electrifying result, performing works by Telemann (BIS-CD-1185) in a manner that one critic found almost dangerously addictive. Here the team reunites in a programme in which The Seasons is complemented by three other Vivaldi concertos, including the recorder concerto above all others: Concerto in C minor, RV 441. A previous recording of this work by Dan Laurin was hailed by the critic in Fono Forum with the following words: ‘Laurin’s tremendous technique transcends the perceived limitations of the recorder, and lets the music speak much more eloquently than we have been accustomed to’ – a description which is as relevant to the present disc.