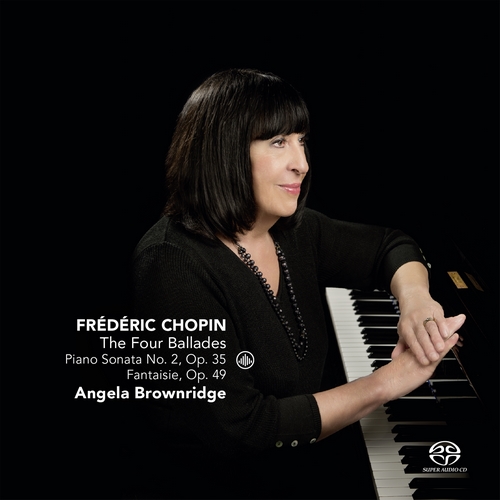 Piano Sonata No.2, Op. 35
Ballade No. 1, Op. 23
Ballade No. 2, Op. 38
Ballade No. 3, Op. 47
Ballade No. 4, Op. 52
Fantaisie, Op. 49
Bryce Morrison: Today it is difficult to appreciate the impact Chopin’s music had on his first listeners. His mix of Slavonic passion and Gallic precision (his father was of French ancestry) created a world of such imaginative daring that it left his audiences bewitched, bothered and bewildered. Enigmatic to the last Chopin held aloof from such comments and left the more fancifully inclined to draw their own subjective conclusions. Like Faure after him, Chopin disdained his published tempting tell-tale additions. More pragmatically, Piano Sonata No.2 is Chopin’s darkest, large-scale masterpiece, ranking among the composer’s supreme creations. Remarkably you are left with a work of an astonishing, if wholly novel coherence. The shock of the new continues with the Four Ballades. Finally, the F minor Fantaisie. I should add that Chopin’s stature is sometimes questioned by those who claim he composed no operas, symphonies or oratorios. But the answer by this ‘dreamer in strange places’ is that he wrote all of these, but for the piano. As he himself put it, ‘the piano is my solid ground, on that I stand the strongest.’
Recorded at: Westvest church, Schiedam, the Netherlands on 30-31 August & 1 September 2016