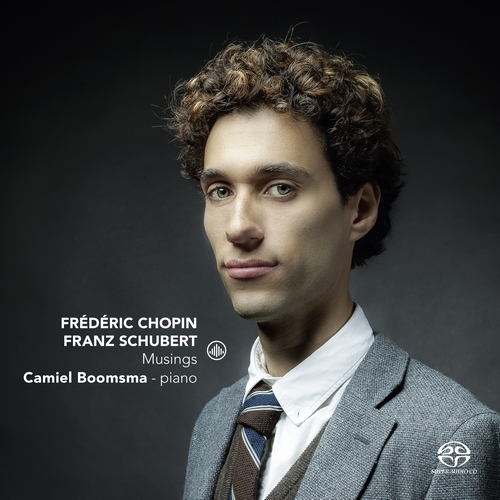 Franz Schubert:
Piano Sonata No.21 in B-flat Major, D.960
Camiel Boomsma: “Musings’ signifies dreams, reveries, being immersed in thought. It’s the process that the composer experiences while writing the work and also what I experience when studying and performing this music. As I play, I try in turn to pass on this process, this quest for insight, to my audience.

Despite the major differences in musical background, these two composers are remarkably close in spirit. The most important aspect here is their ability to create beautiful, balanced melodies on the piano. They make the instrument sing more than anyone else. This was perhaps an obvious way forward for Schubert. As the composer of more than 600 songs, the art of the song was intrinsic to his very being. Chopin was on a par with this in his own way, since much of his music is fundamentally vocal in conception. While Schubert based his work on German Lieder, Chopin was inspired by Italian opera from the early 19th century."