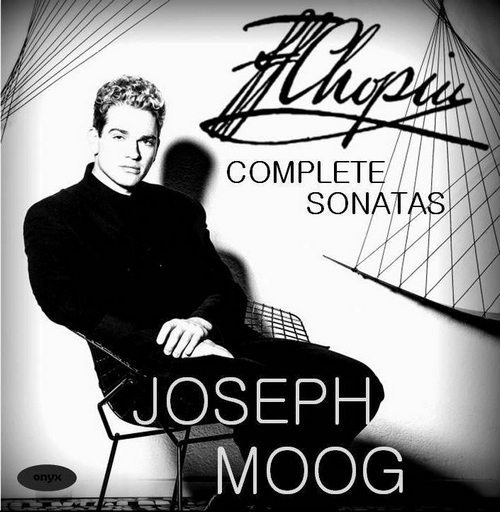 Piano Sonata No.1 in C minor op 4
Piano Sonata No.2 in B flat minor op 35
Piano Sonata No.3 in B minor op 58
Winner of the Gramophone Magazine’s Young Artist of the Year award in 2015, the year he was nominated for a Grammy for the Moszkowski & Grieg concertos album, Joseph Moog is recognised as one of the truly outstanding young virtuoso pianists of our time. 'Clearly he is already among the most brilliant of pianists...as the concerto approaches its grandiloquent close, you will witness a heart-stopping bravura of a sort rarely encountered.' Gramophone magazine. The same magazine, reviewing Moog’s Rachmaninov 3rd concerto called it ‘one of the most formidable’ performances in the catalogue – praise indeed!

For his new release Joseph has turned to Chopin – the complete piano sonatas. The first sonata is a rarely heard work. It shows the young composer as yet untouched by the influences of Beethoven, Hummel, Field, Kalkbrenner and the other great composer pianists of the period. It owes more to Mozart and the late classical period. By the time the of the 2nd sonata, Chopin had fully absorbed the early romanticism of Hummel and Field, and developed a strong distinctive voice. The slow movement, a funeral march is one of the most famous pieces of music ever composed. The 3rd sonata is a masterpiece, one of the greatest works for piano of the 19th century, and represents the total mastery Chopin had achieved by the end of his tragically short life.