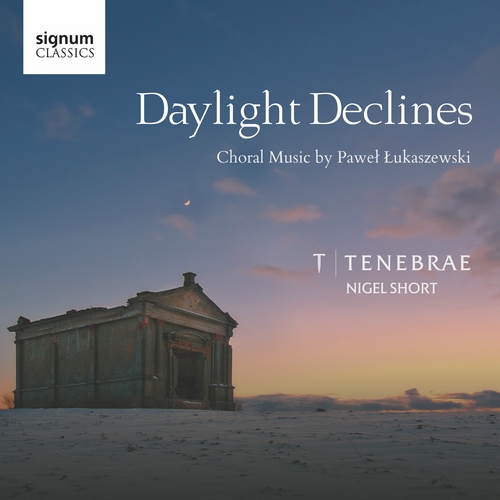 Cantate Domino
Shakespeare Sonnets - Like as the waves, Weary with toil
Daylight Declines
Responsoria Tenebrae
Lamentationes
Beati
Born in southern Poland in 1968 in the city of Częstochowa and described by Gramophone as writing “enchanting choral music…beautifully measured phrases, immaculately tailored textures and ingenious use of light and shade to invoke light shining in darkness”, Łukaszewski has secured a place in the forefront of European sacred music with performances throughout the world and his works featuring on over one hundred recordings. He studied at the Fryderyk Chopin Academy of Music, where he still teaches, and is now the Artistic Director and Conductor of Musica Sacra Cathedral Choir in Warsaw.

This collection of sacred choral works bears an easily-discernible cultural link with his Polish predecessors such as Lutosławski and Penderecki, but the influence of Henryk Górecki and the Estonian Arvo Pärt is evident too in the fervent but restrained spiritual aspect of Łukaszewski’s music, and his individual voice never stoops to mere imitation.
Recorded in St Augustine’s Church, Kilburn, London from 10-12th May 2016