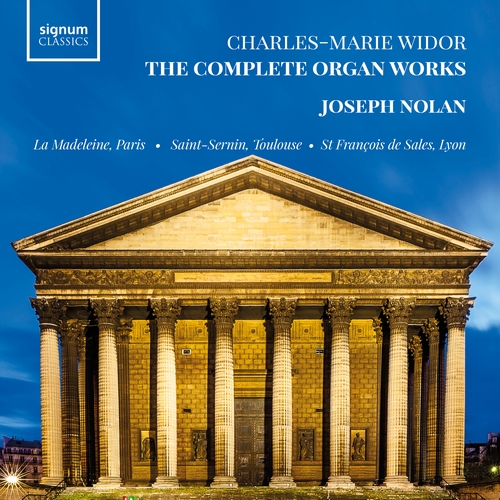 CD 8:
Bach's Memento
Marche Americaine - Transcribed by Marcel Dupré, No. 11 from '12 Feuillets d'Album, Op. 31'
Conte d'Avril - No. 6. Marche Nuptiale
Charles-Marie Widor was born to the organ. Raised in a family of organ-makers, he showed early talent for the instrument and would later come to embody all its might and splendour.

His life heavily intertwined with that of the great French organ builder Aristide Cavaillé-Coll, this new collection of Widor’s complete organ works brings together eight years’ worth of recordings; captured across France on period Cavaillé-Coll instruments.