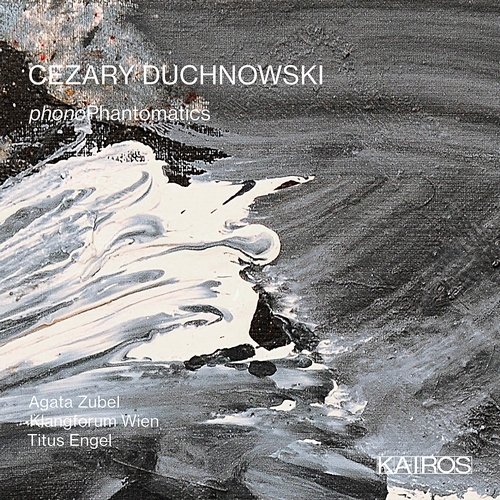 Kairos - 0015109KAI
Kompozytor
Cezary Duchnowski (ur. 1971)
Wykonawcy
Agata Zubel, voice
Klangforum Wien / Titus Engel
WELOVELIVE
Drone Music
phonoPhantomatics
Parallels
Cezary Duchnowski, although perceived as a specialized composer with consciously chosen specialization, is very open to extremely versatile activity in the musical field. Apart from absolute music, he’s also keenly interested in relations between music and the word, music and theatre (or rather performance art) as well as visual arts in the wide sense. In his musical activity, he explores various areas of the arts, and feels particularly close to those that stimulate a dispute between composition and improvisation, between determinism and freedom. He is also versatile with music forms which include multimedia opera, symphonic forms, music for smaller orchestras and chamber ensembles, music for the theatre and pantomime. Nearly all of his work uses electronic media as an integral part of instrumentation or as a new context for traditional instruments.