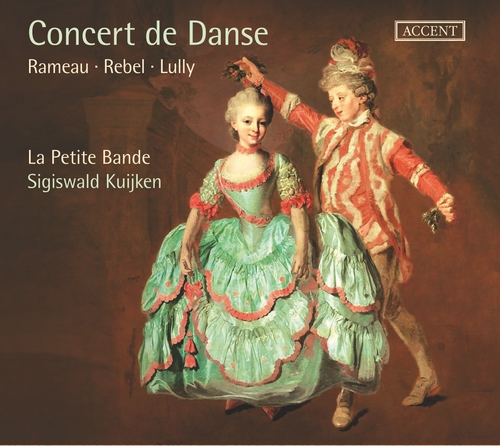 Jean-Philippe Rameau:
Daphnis et Églé (pastorale héroique in one act)
Nobleness of spirit: this was the ideal for highranking people in 17th and 18th Century France. It was the image of the King, who symbolically embodied divine perfection. The duty of the aristocracy, therefore, was to be an example for the people, and the fact is that they had the time and the means to strive for it.

A noble appearance, reflecting an inner nobility, indicated whether one was noble or not. Lessons for dancing and deportment, behaviour and the rules of etiquette were inculcated in children from the earliest age, and formed a major part of their education. It was up to the dancing master to teach this refined art to his pupils.

As adults they were not completely exempt, and the ever-present dancing master allowed them to meet their obligations. All official ceremonies, whatever their importance, took place in the ballroom. The splendour of one’s attire and the glorification of one’s person went naturally with the theatrical ambience of the official ballet. As well as that, operagoing was a duty for the upper classes; these operas had as subjects allegories of the aristocratic ideals (ideals taken from mythology), and dance formed an important part from the beginning. Each act consisted of a divertissement more or less related to the plot, and this was the pretext for the creation and interpretation of sophisticated choreography.
Recorded at the Concert Studio of the National Polish Radio, Warsaw (Poland), in July 1996.