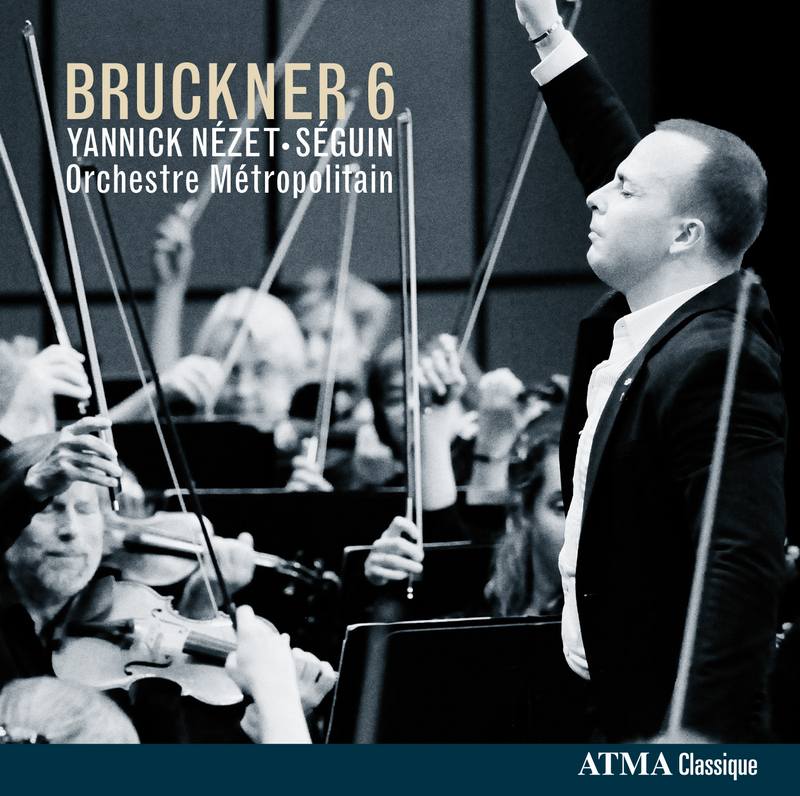 Following his Félix award-winning recording of Anton Bruckner’s Symphony No. 4 with the Orchestre Métropolitain, superstar conductor Yannick Nézet-Séguin turns to the Austrian master’s Symphony No. 6 for this fifth CD in their Bruckner symphony cycle on ATMA Classique. Their previous Bruckner symphony recordings (Nos. 4, 7, 8, and 9) have been met with unanimous praise around the world.

Nézet-Séguin’s upcoming engagements include Verdi’s La Traviata at the Metropolitan Opera in New York City from March 14 to April 6, Verdi’s Requiem with the Orchestre Métropolitain in Montreal on March 24, and an all-R. Strauss program with the combined National Arts Centre Orchestra (Ottawa) and Orchestre Métropolitain (Montreal) on May 8 and 9 in Ottawa, and May 10 in Montreal.