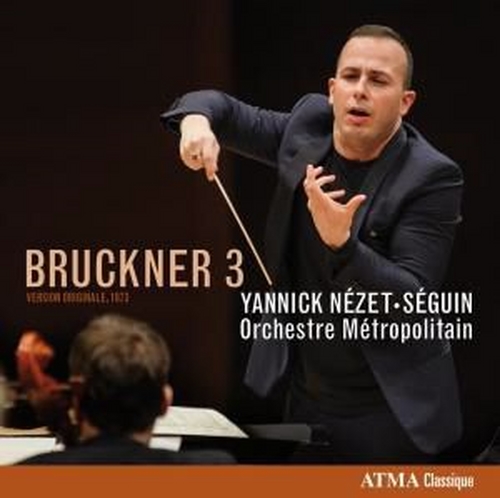 "This is indeed music making with a true sense of grandeur. It seems that everything Nézet-Séguin and the OM choose to play turns to gold, and this disc is no exception. It's a must-have for devotees of Bruckner's music, and it may even sway those who up to now have stayed away. Highly recommended." The Wholenote

"This is a very beautiful Bruckner Fourth Symphony, by an increasingly interesting Bruckner conductor. It's refreshing to hear Bruckner's orchestral writing brought to life on so many levels, captured faithfully by the recording." BBC Music Magazine

"This is one of the best of the lot, impeccably paced and played with utter conviction. The players sound far more engaged than the Montreal Symphony Orchestra has of late, and Nézet-Séguin manages to find a rich breadth of dynamic range without ever making the score sound gaudy." Toronto Star