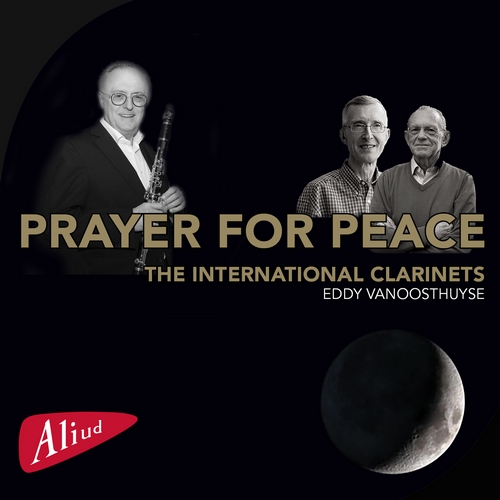 Willy Soenen:
Variations on a theme of one of Guido’s friends
Brum
Prayer for Peace
This CD came to be due to the huge respect that Eddy Vanoosthuyse has for the both Roeselaarse composers. He came to know them throughout different time periods of his career: He met Raymond Ducancq at a young age as a conductor and composer and immediately they developed a strong mutual respect for each other. Raymond dedicated a number of pieces to him and conducted a number of his works for Harmony Orchestra’s both at home and abroad. It’s via this connection that he recorded ‘Nostalgia’ with the Presidential Orchestra of Lithiuana (Orchestra of the Lithuanian Armed Forces) in the period that he was chief guest conductor. Vanoosthuysehas has a great deal of respect for this humble conductor. Vanoosthuyse came in contact with Willy Soenen through a common friend (Guido Six). It goes without saying that the two developed great respect for each other. Vanoosthuyse conducted a number of pieces for clarinet choir and harmony orchestra composed by Soenen. Willy dedicated ‘Concertino for Eddy’ to him after which he created ‘Midwest Clinic’ in Chicago.
Recording: 13 February, 5 and 10 March 2022, Kortrijk.